Spirituality of the Cross: Two Kingdoms 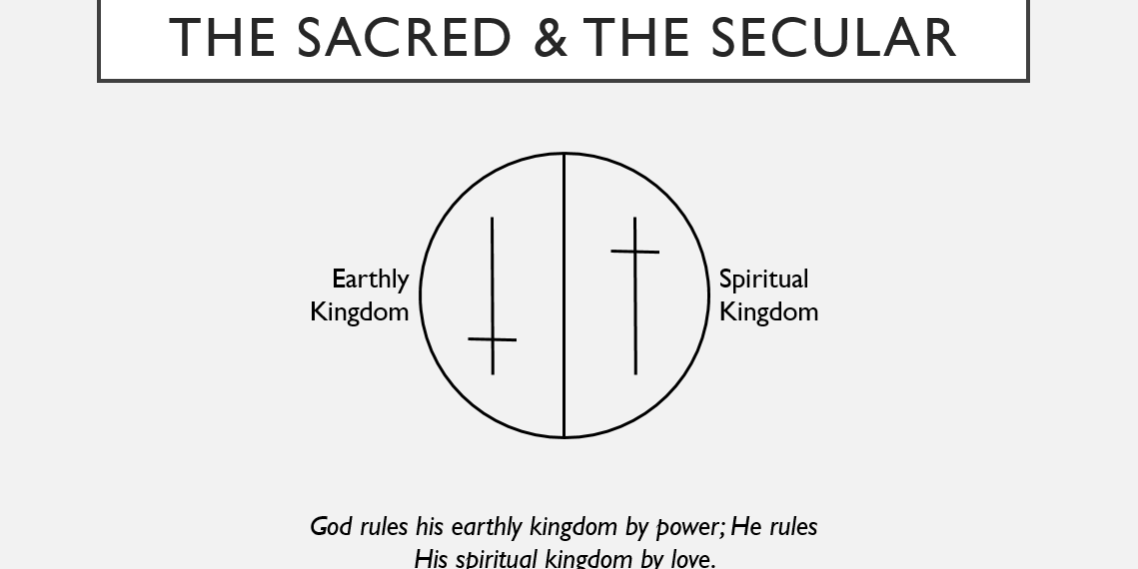 This week, we’re discussing Luther’s understanding of the Two Kingdoms. This is the idea that God is the Sovereign King and Ruler of all creation, both heaven and earth.

But we also believe that the way God demonstrates his authority over these two kingdoms is very different.

He rules his earthly kingdom through the vocations of those who are positions of secular power. In other words, those who make and enforce our laws; Mayors, Governors, Representatives, Law Enforcement, and our Justice System.

Or as Luther put it back in his day, God works through these earthly authorities to rule his earthly kingdom with the sword. That is, he maintains public safety through the means of force.

By contrast, God rules his spiritual kingdom in a very different way. He rules, not by power and force, but rather by love; the gracious and sacrificial love which Christ demonstrated for us on the cross.

Spirituality of the Cross: Vocation
March 26, 2020

Spirituality of the Cross: Means of Grace
March 5, 2020

Spirituality of the Cross: Justification
February 27, 2020
Contact Us
Recent Sermons
Go to Top